A Journey Through the Mists

The Tor Stone is an online journal charting the female path of personal growth and empowerment through the Mysteries of Avalon and the guidance of the Goddess.

The Sisterhood of Avalon

The Sisterhood of Avalon (SOA) was founded in 1995 to serve as a receptacle of lore and wisdom for all aspects of the study of Avalon, as well as to act as a medium for community building for all who are beckoned to Her shores. Over time, the SOA has evolved to become a Sisterhood in truth, united in disciplined work and dedication, and committed to re-establishing women's connections to a strong Celtic-based Western tradition. Through study, research, and personal workings we are once again recalling our heritage.
[ Learn more ]

Beltane, known as Calan Mai or Calan Haf to the Welsh,  is a threshold time between the worlds, revered by the ancient Celts as a sacred time which bridged the hardship of winter and the abundance of summer. Thought to exist outside of time, it is said that the veils between the worlds are thinnest at the liminal periods of Beltane and Samhain,  complementary Holy Day standing opposite each other on the Wheel of the Year. For the ancient Celts, there were originally only two seasons – Winter and Summer – and the transition points between each season were times of great power. Marking the boundaries between the Dark and Light Halves of the Year, these Holy Days truly straddled the worlds.

These in-between periods were of great importance to the Celtic peoples, whose entire social, economical and religious lives centered around – and were dependent upon — the rhythms of the pastoral and agricultural cycles.  Beltane marked the beginning of Summer, and it was a time of purification, increased activity and abundant fertility. The boarded up livestock were passed between two bonfires both to bless and purify them as they were set out to pasture once more. Ritual lovemaking in the fields was thought to encourage a successful growing cycle and an abundant harvest. Social and economic intercourse at the clan central places marked by religious observances overseen by Druids, mirror the return to life bursting in the landscape all around.

It is easy to understand the importance of the seasonal rhythms to agricultural peoples whose very survival depended upon the strength of their harvest and the well-being of their livestock. It was critical to seek the blessings of the Gods and ancestors to grant increased fertility and good health, both for the land and for the tribe. Many of the Celtic celebrations that have survived the passage of time, many of which are still practiced in some form into modern times, concern the two major polar modalities of Death and Life.

This fundamental reliance on the seasonal patterns is not the norm for most Neo-Pagans today who follow paths inspired by the beliefs and traditions of the ancient Celts. However, we can still benefit spiritually by looking at the Great Pattern through a symbolic filter, finding insight and relevance in its core wisdoms, and looking at this primal pattern as a powerful way to guide our inner process and soul growth. From this perspective the theme of fertility that lies at the heart of the celebrations of Beltane can be transferred to the abundance of possibilities inherent in our own lives.

If we were to apply the themes of fertility and purification of Beltane to our spiritual lives, what significance does this transition place hold for us? What outmoded energies do we seek to leave behind us? What seeds do we wish to plant in the limitless potentiality of the new order? What creative force would we like to see become manifest? How do we enter into healthy partnership with the Self?

I think this latter point is the key consideration at Beltane, for without this balanced inner partnership how can we know what needs to be released, or indeed truly, what spark of potential lies within us, waiting to be fanned to flame? Here, at this threshold time, we can therefore seek to come into Divine Union with the two halves of the Self – that which dwells in the land of the Unconscious and that which thrives, illuminated, in the realms of the Conscious self.

How then can we bridged these aspects of the self, which, by their very nature, are equal and opposite to each other? We see the repetitions of this coming together over and over again in Neo Pagan thought and ritual – the union of the Chalice and the Blade, the Yoni and the Lingam – Divine union both symbolic and actual.

The Dark Half of the Self can be said to be the providence of the Shadow – those parts of the self that our psyche has deemed, for whatever reason, necessary to be filed somewhere other than the conscious mind. In the Avalonian Tradition, we spend the Dark Half of the year seeking out those hidden parts of the Self in order to understand their significance and impact on our lives. We then work to bring them out with us into the light of consciousness, knowing the gifts that lie at the heart of the Shadow, and understanding that all seeds of growth must germinated in the Darkness. The Light Half of the Year, therefore, focuses on the birthing forth and fully actualizing the potential we found hidden in the darkness – a potential that could only be realized by bringing its existence into the light of consciousness.

At the threshold of Beltane, then, we take the gift of the seed out into the light half with us, while leaving behind all of the fears and limitations which had committed the seed to dwell in the darkness to begin with., We can harness the liminal energies of Beltane to make conscious that which was once unconscious – and in doing so, we liberate the spark which underlies and supports all acts of creation.

In Welsh Druidic tradition, this creative spark is called the Awen, the inflowing stream of divine inspiration that the Irish called Imbas.  Through shamanic ritual designed to pierce the boundaries between this world and the Otherworld, the ancient bards sought to obtain the gifts of Awen from the Cauldron of Ceridwen, their spiritual Mother. This Awen would flow forth in the form of prophecy, allow the bards to obtain information from objects in a type of psychometry, and inspire powerful songs and poetry that could influence events by shifting the hearts and minds of those who heard it.

Welsh myth and legend is filled with stories of kings and heroes journeying into the Otherworld seeking magickal cauldrons of healing and prophecy. The story of Ceridwen herself describes how over the course of a year and a day — a period of time common in Celtic mythology, indicating a sacred time that is outside of time — brewed an elixir of wisdom for her son, and when it was stolen from her cauldron by a servant boy, a shape changing chase between boy and Goddess ensued. When she finally caught him — he hiding as a grain of wheat, she pursuing as a hungry black hen — she devoured him, and nine months later, he was reborn from her womb as a child with a shining brow, the wisdom-endowed babe who would become Taliesin, the greatest of all Welsh bards. It is believed that this story is an encoded description of a druidic initiation ritual, and that it represented a process through which Awen, that energy of inspiration that is described as a Fire in the Head, could be obtained from the vessel of the Goddess.

Fire is an important aspect of Beltane; indeed, the four Celtic Holy Days — the “Cross Quarter” days of the Eightfold Neo-Pagan Wheel of the Year — are considered Fire Festivals. Welsh folk tradition speaks of consciously gathering together nine sacred woods to build the ritual fire. These woods were then kindled by rubbing together two oak staves until they sparked and set the fire lay aflame. Often times, two fires were built and as the livestock were brought to pasture after their long winter confinement, they were passed between the two as an act of purification and in hopes of increased fertility. People too, sought the blessings of the fire, and a ritual involving bits of bread being placed in one’s bag as a method of drawing lots was used to choose who would have to jump the fire. If your bag contained a piece of burned bread, you would leap over the flame as an act of purification.

The tradition of the maypole is linked to May Day celebrations across Europe, and has survived to modern times in most instances as a secular dance to celebrate the spring. While the tradition itself is believed to be of Indian origin, it has taken root in Germanic and Celtic lands, where the dance of fertility may have occurred around living trees, or as in the case of Wales, around flower garlanded birch trees, without the familiar ribbons. The phallic symbolism of the pole is clear, as is the sexual allegory of bringing the energies down from above through the interweaving of ribbons.

At Beltane, a joyful celebration of fertility and regeneration, we can harness this creative spark to

birth ourselves anew. Weaving together the wisdom that lies in the realm of the Unconscious and the insight that dwells in the light of Consciousness, we kindle the spark of Awen, the inflowing spirit of the Divine that empowers us to change and impels us to growth. Standing between the worlds at Beltane, when the veils are thinned and we have increased clarity with which to look at both the light and shadow aspects of the self, we can use this time of great fertility to plant the seeds for a ripe harvest of the soul as we enter into the Light Half of the Year.

(First published in Llewellyn’s Sabbats Almanac Samhain 2011 to Mabon 2012 (Llewellyn Publications, 2011) as part of the essay “Beltane: Portal of Transformation” by Jhenah Telyndru) 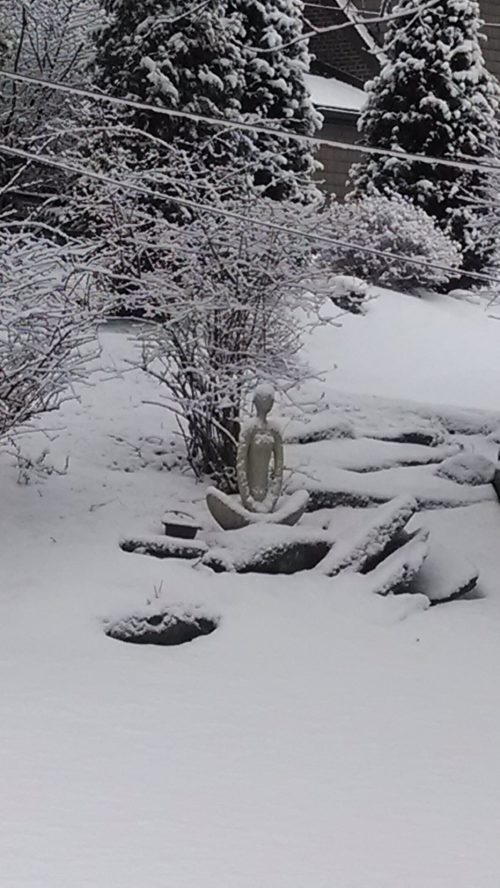 Crawling back from Confrontation 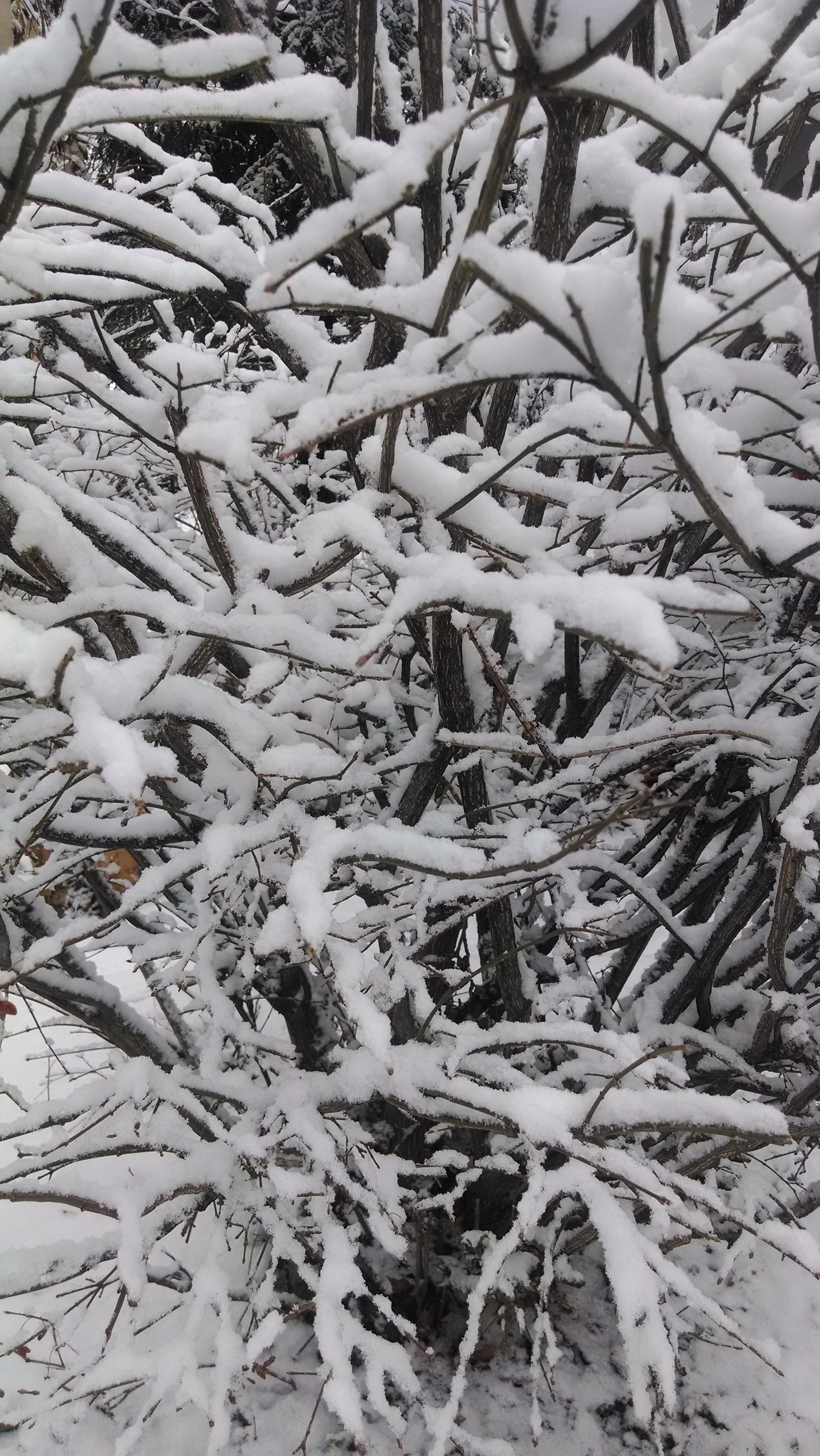 Welsh Winter Traditions: The Hunting of the Wren 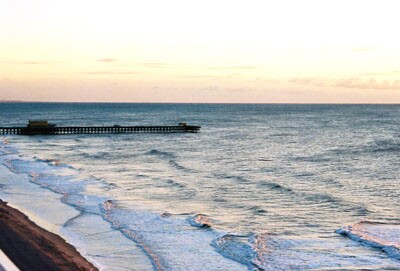 Healed in Ebb, Healed in Flow